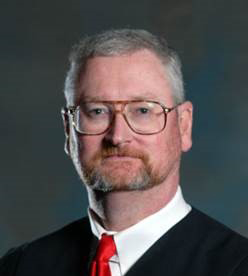 Back to Magistrate Court

Send Us An Email

In the 1970s, Cherokee County began experiencing rapid population growth particularly in the southern end of the county, which became home to many residents who commuted to jobs in Atlanta.As a result, Cherokee County opened a government annex in Woodstock.By the late 1980s, the county's courthouse in Canton was so overcrowded that many county offices were moved to the nearby Jones Mercantile Building.This structure was subsequently remodeled and became the Cherokee County Administrative Offices Building.In the early 1990s, Cherokee County voters approved a special-purpose local option sales tax that included $16 million for building a new courthouse complex in Canton, plus $3 million for building a new county government annex near Woodstock.

Construction of Cherokee County's current courthouse began in 1993 and was completed the following year. At that time, all courts moved into the new building, although a few administrative departments remained in the old courthouse.Officially known as the Cherokee County Justice Center, the building houses eight courtrooms and all judicial offices. The Justice Center, Administrative Offices Building, and old courthouse now form a county government complex facing the downtown Canton public square.

By 1830, the Cherokee Nation comprised most of northwest Georgia, plus adjoining areas in Alabama, Tennessee, and North Carolina.Even while Cherokee Indians remained on their homeland in Georgia, the General Assembly, on Dec. 21, 1830, enacted legislation claiming "all the Territory within the limits of Georgia, and now in the occupancy of the Cherokee tribe of Indians; and all other un-located lands within the limits of this State, claimed as Creek land".The act also divided Cherokee lands in Georgia; dividing them into sections, districts, and land lots; and authorizing a lottery to distribute the land. On Dec. 26, 1831, the legislature established Cherokee County and provided for its organization. Named for the Cherokee Indians, the large county was not able to function as a county because of its size and the fact that Cherokee Indians still occupied portions of the land.

In late 1832, the legislature added areas of Habersham and Hall counties to Cherokee County, and then divided the entire area into nine new counties?- Cass (later renamed Bartow), Cobb, Floyd, Forsyth, Gilmer, Lumpkin, Murray, Paulding, and Union?- plus a reconstituted and much smaller Cherokee County.

Despite the 1830, 1831, and 1832 acts of the General Assembly, the state of Georgia still did not have clear title to Cherokee lands in Georgia.The official basis for Georgia claiming these lands did not come until the Treaty of New Echota of Dec. 29, 1835.In this treaty, a faction of the Cherokees agreed to give up all Cherokee claims to land in Georgia, Alabama, Tennessee, and North Carolina and move west in return for $5 million.Though a majority of Cherokees opposed the treaty and refused to leave, the U.S. and Georgia considered it binding.In 1838, U.S. Army troops rounded up the last of 15,000 Cherokees in Georgia and forced them to march west in what came to be known as the "Trail of Tears."

The town of Canton is purportedly named for the Chinese city of the same name in recognition of early efforts to raise silk worms in the hopes of developing a silk industry in Cherokee County.

WHERE METRO MEETS THE MOUNTAINS