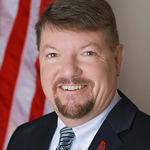 Back to Tax Assessor's Office

Send Us An Email

Mr. Swindell joined the Cherokee County Tax Assessor’s Office in 1995 with a varied professional background including tax assessment work in Michigan after graduating from Central Michigan University in 1985.  After moving to Georgia, he began working for Cherokee as a Residential Field Appraiser and has since served as the Senior Commercial Appraiser, Senior Rural/Conservation Use (CUVA) Appraiser, and Senior Residential/Deputy Chief Appraiser.  Steve began his tenure as Chief Appraiser in December 2015.

There are four levels of State Appraisal Certification administered by the Georgia Department of Revenue.  Steve obtained the Appraiser IV designation in 2000.

Mr. Swindell has been a member of the statewide assessor’s organization, GAAO, since 1995 and The International Association of Assessing Officers (IAAO) since 2004.  Steve has served the GAAO as chairperson of the Commercial Property Committee, Elections Committee, Education Committee, and the Policy Statement Committee, and has served in all levels of elected officer positions within the organization including President during the 2011 – 2012 term.  He has also served for many years as the Director of Legislative Affairs for GAAO requiring testimony at the General Assembly when issues of tax assessment arise and includes membership on the ACCG Revenue and Finance Committee.

Steve and his wife, Donna, and their two children reside in Cherokee County and are members at Antioch Christian Church where Steve serves as a deacon.

WHERE METRO MEETS THE MOUNTAINS